At the base of Mt. Fuji, there’s a well known Japanese forest known as Aokigahara or Jukai, which means “sea of trees.” The most popular name for it is the “suicide forest.” This is not a tourist destination, it is a mass grave. In what seems to be such a bleak place, there is a suicide patrol. One of the members is the focus of the documentary “Suicide Forest In Japan.”

Azusa Hayano is a geologist that studies Mt. Fuji and the surrounding area. This is how he began patrolling the forest in order to prevent suicides. At first glance, the forest looks beautiful and tranquil. No one would know that this is a popular place for suicide until they stepped into the forest. However, this soon becomes evident due to the many methods meant to deter people from ending their lives in Jukai. Signs are posted in front of the main trail, urging people that suicide is not the answer as well as listing the hotline number for Suicide Prevention. Long, trailing ropes are around many of the trees, so people can find their way back if they get lost. Finally, volunteers like Azusa Hayano comb the forest.

Communication is such a powerful tool, according to Hayano. As the crew wander the forest, Hayano describes a moment which he was able to calm a young man after he attempted suicide. Hayano and the man talked for more than an hour, until the man decided to go back home. Over the course of the documentary, you start to see how much compassion Hayano has. During their trek, the group stumbles across a man in a tent. Vice’s camera crew keeps their distance out of respect but you are able to catch a bit of their conversation. Hayano asks about the man’s well-being. There are no accusations. Hayano simply tells the man, “I hope you’re okay. I’m just trying to prevent suicides. Please take this way back.” Hayano points to the trail that leads out of the forest. When Hayano comes upon a stuffed animal nailed upside down to a tree, he tries to figure out why someone would do that. “I think this person was tortured by society,” he reasons. One of the most distressing scenes is when a skeleton is discovered. Hayano is visibly upset but also says he feels sorry for the victims of suicide. It’s these moments that show that Hayano deeply cares about people and is trying to stop them from ending their lives. As a scientist, he’s trying to find a reason these things happen in the Jukai in order to stop them. Although he is a geologist, he studies the Jukai because he is fascinated by human behavior. “I was curious why people kill themselves in such a beautiful forest. I still haven’t found the answer to that.”

As the crew follows Hayano around, he starts to discuss why so many commit suicide. His theory? Face to face communication has been rendered obsolete. Extreme isolation is such a phenomenon with young people in Japan that the word “hikikomori,” social withdrawal, was created to describe it.

“We still need to see each other’s faces, read their expressions, hear their voices, so we can fully understand their emotions,” says Hayano. Work culture and the previously mentioned hikikomori have contributed to Japan having the one of the highest suicide rates in the industrialized world. 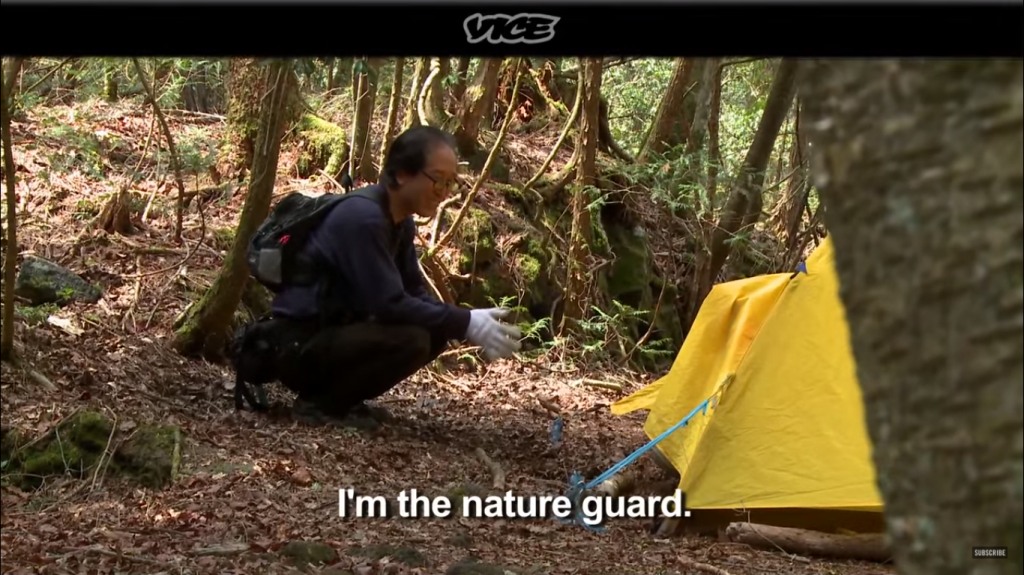 Unfortunately, the reason that Aokigahara has been in the news is because an entitled YouTuber decided to trapeze around the forest like it was a joke.What really gets me is that the biggest demographic for this YouTuber is young teenagers. Young people that may be going through anxiety and depression. What they saw was their idol mock a suicide victim and created more stigma around the topic. Growing up in a family and culture where it is taboo to speak on mental health, I know how damaging it is to repress these feelings and not have anyone to talk about it. Jukai is the equivalent of a memorial, a place to be respected instead of a stomping ground. By not respecting the place, a precedent was set amongst millions of people that this behavior is okay. There is an excellent Twitter thread explaining why this is so problematic by artist @flavordays that goes more into detail about the whole situation. 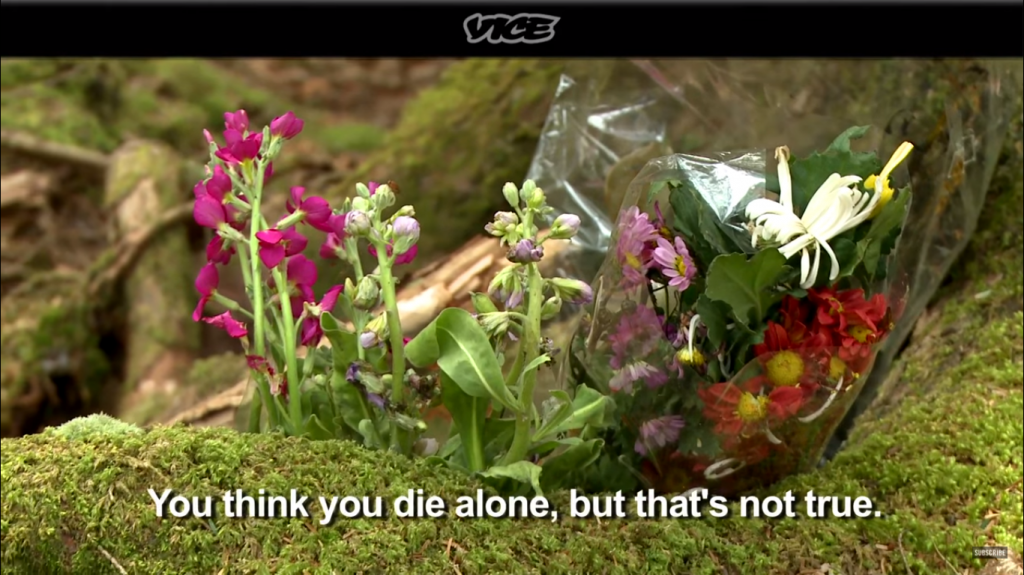 The documentary is a reminder that the people who commit suicide in the forest are actual people, not a tool for views. It is also a message of the humanity and amazing compassion that people can have. Azusa Hayano teaches empathy, understanding and kindness.“We have to coexist and take care of each other,” said Hayano as he stands over a memorial.

Kelly Duarte is a Guatemalan-American writer and artist that’s really into pop culture (probably too much).
Learn more about her here.
See all her posts here.