More than a year ago on March 24, 2016, I interviewed Holly Grigg-Spall at Cafecito Organico about her book Sweetening the Pill. We talked about ovulation, misogyny in the medical field, how hormonal birth control affects mental health and more. Her book and the interview were both very in-depth and at the time very overwhelming for me, but the information is important and crucial to understand so I knew I had to figure out a way to write about it. I decided it would be best to post her interview in parts so as to not overwhelm anyone and to let you slowly take in all of her knowledge. Below is Part Two. 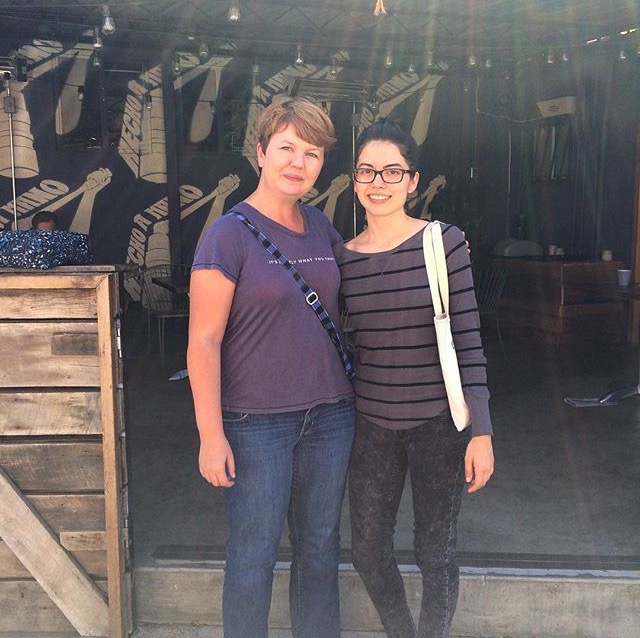 Left: Holly Grigg-Spall of Sweetening the Pill; Right: Shannen Roberts of The Strange is Beautiful

Disclosure:
The purpose of posting her interview is – once all the parts are posted – to show why it is important when experiencing depression, anxiety, panic attacks and other mind obstacles to first consider hormonal birth control as a potential leading cause. After reading her book, interviewing her, doing my own research and speaking to others about their experiences with hormonal birth control, I strongly recommend considering to stop taking hormonal birth control if you are taking it solely to not become pregnant and not for life-threatening or debilitating medical reasons such as for cysts or endometriosis. This Part Three does not go into detail yet about why, but I wanted to put this disclosure in every part of her interview so you know to expect an explanation of how hormonal birth control exactly affects mental health in later parts of her interview and so you don’t have to wait to read all the parts to see how you feel after without hormonal birth control, to do your own research and to possibly read ahead by getting her book. I hope these interviews help you make the best decision for your mental health. Feel free to email me at strangeisbeauty@gmail.com if you have any questions <3 <3 <3 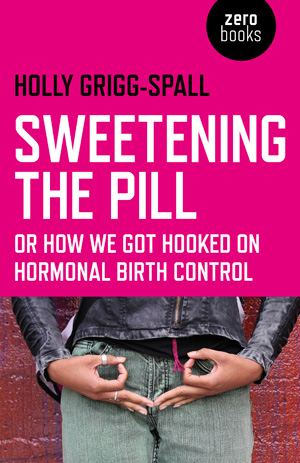 Holly Grigg-Spall: “The withdrawal process depends on your health and your lifestyle. For some women, being on the pill for a cycle and then coming off it might feel really rough for two months, or six months, or eight months. Or for some women they may have been on it for ten years and they come off and not think there’s any difference and just feel like they go back to normal and they get their period the next month. I think it’s different for everybody. I think a lot more women experience withdrawal and missing period and a lot of issues and health issues than we perhaps think because usually if you ask your doctor or practitioner they’ll say, well, three months [after stopping hormonal birth control] your period will come back to normal, and does depend a lot on a lot of factors. It depends on how your body’s reacting to what you’re taking, which everybody will have side effects or effects, but people will feel them differently, especially things like psychological effects.

“I had an endocrinologist explain it to me once, it’s kind of like when people have more sensitive brains than others. Some people are more prone to mental health issues than others for different reasons. Some people will experience really extreme side effects that way, some people will experience something they wouldn’t even notice until they come off, and other people experience something that, the word they use in research is anhedonia, it’s an inability to enjoy things you’d otherwise enjoy. It’s like a subclinical depression that can be coupled with low self-esteem, and anxiety, and sometimes things like agoraphobia, social anxiety. It’s not clinical depression, you’ll still be functioning during your life, but it’s around that, it’s subclinical.

“So in the same way, physically it depends on how you eat, how you live as to whether the withdrawal is going to be particularly bad, or if you’ll get over it pretty quickly.

“Now thankfully there are more and more health coaches helping women come off in a way that means the withdrawal isn’t as bad as it could be for them and maybe they get their period that much quicker than they would — they don’t have to wait a year or some terrible amount of time. And they don’t get so many mood swings, they don’t feel as badly on it. Sometimes it does need support especially if you’ve gone on the pill for something that was a health issue rather than for contraception like PCOS or endometriosis. When you come off it it will probably return and it could actually be worse for various reasons and so obviously then women have to deal with that, having been told the pill was treating it and they had no clue that when they come off it, it wouldn’t just be gone. So that’s a whole other part of it but I think it really depends on the person.

“I think the main thing to remember is nobody should ever be scared to come off. Like you shouldn’t be like, oh god it’s going to be terrible I’m not going to come off because it wasn’t great for me, but it was really worth it and you know, for three months it was kind of up and down. I got mood swings and insomnia, acne and I felt kind of weird like I was basically going through teenage years again. But you know when you come through it you’re like, oh wow how could I have possibly ever lived on that kind of suppressed state. So it’s worth it but you know, the other main thing you need to understand is if you do feel you need support there’s so much out there now, affordable courses online, people you can Skype with, there’s just so much out there. There’s a really great book I love called Period Repair Manual by naturopath Laura Briden that everyone thinks is fantastic. It helps people come off the pill and healing things that people were taking the pill for, so yeah it’s different I think for everyone. I hate to scare people because not everybody’s the same.”

Next Wednesday will be Part 4. Get Holly’s book here.