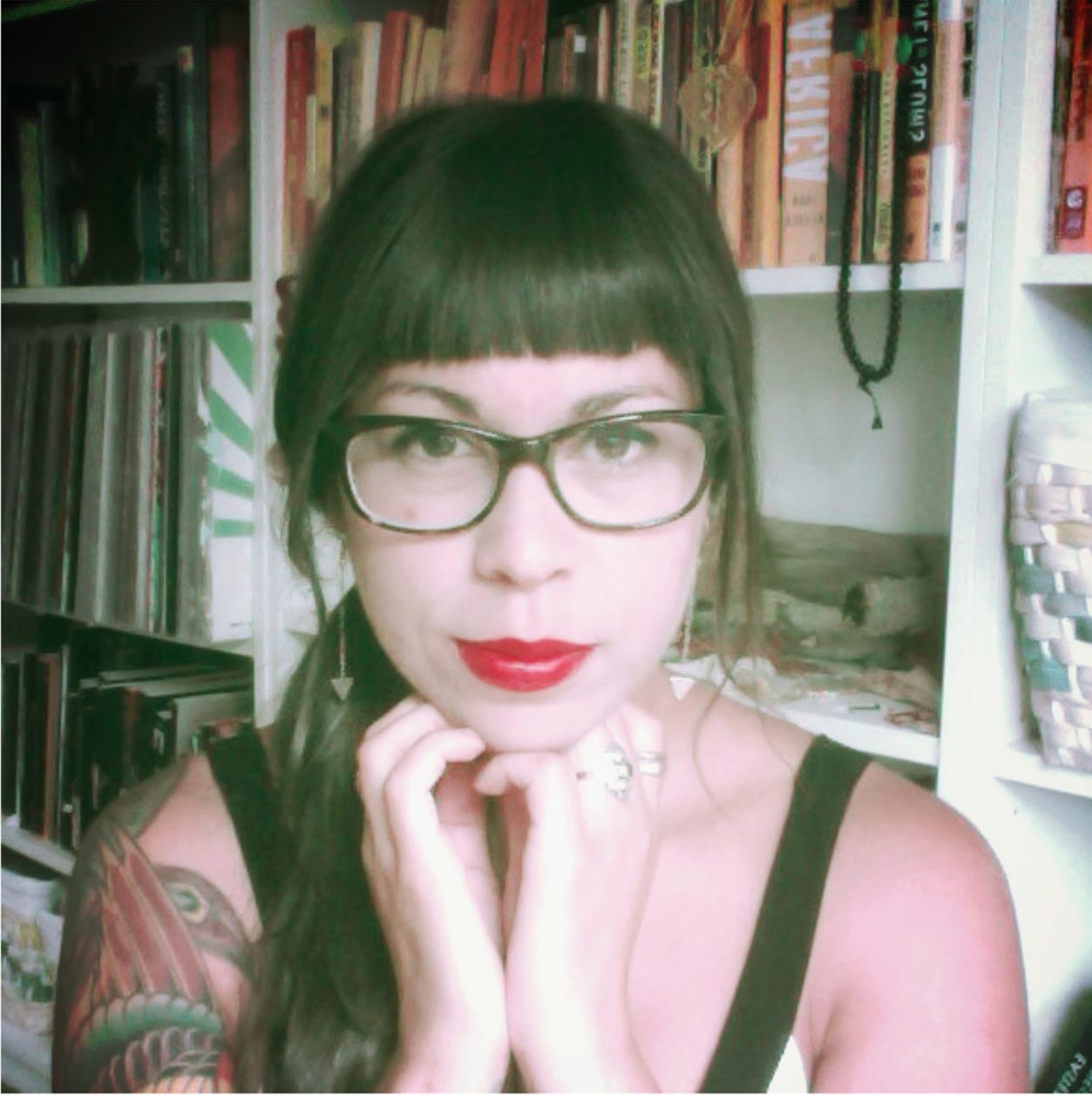 Friend 1: I FEEL SO UNCOMFORTABLE IN MY SKIN

Friend 2: Have you ever felt comfortable?

That’s a conversation I’ve often had with my friends. I wanted to know why it sometimes feels so uncomfortable in my skin to be gay, so I interviewed Brooke Stepp, LGBTQ+ therapist and yoga instructor located in Seattle, Washington, to get to the bottom of my feels. LGBTQ+ youth and teens are more likely to attempt suicide, and in 2017, 29 transgender people were fatally shot or killed in the United States. Brooke will explain that this is an issue caused by our toxic culture. She’ll also clear up the usefulness of labels (there’s so many, it can be overwhelming am I right??), offer five pieces of advice for someone coming out, and detail how yoga and good therapy can help.

Shannen: From your experience, what are the pros and cons of labeling? And can labels cause some LGBTQ+ people or groups to be not inclusive?

Brooke: Labels are weird…and sometimes I wonder what they even do for us, as humans. But then I remember my own experience and how lonely and isolating it often was to grow up as a mixed-race femme queerdo, and how I just wanted so much for things, people, experiences, etc. to relate to. I feel like that’s really the power of labels. They give us very real, and meaningful ways to feel like we belong, and like we aren’t just some isolated weirdo having our own unique experience out there in the world. That can be everything for someone who’s struggling.

If you can’t tell already, mostly I’m pretty into labels for the aforementioned reasons. What I’m really into for myself and for the folks I work with in my practice is blowing up what these categories can mean for all of us. Like how can femme exist outside the gender binary? What does a liberatory masculinity look like? What does it mean for a black trans woman to claim femme identity compared to someone who is white and assigned female at birth? These are questions that I’m constantly asking myself and those I work with. I want labels to be things that open up more choice for folks rather than shut it down. When we have a sense of ourselves that is rooted in what we care about, that becomes more and more possible. When we understand labels or identity categories as descriptions of our experience in the present moment, and not as fixed categories that define a grand narrative of who we are, this becomes really possible.

As for your last question, I don’t think labels cause folks to not feel belonging in LGBTQ+ spaces, I think that white supremacy, misogyny, transmisogyny, ableism, sizism, internalized homophobia, biphobia, etc. contribute to folks not feeling at home within our communities. I feel like people have this very naïve idealized notion of what queer community is. We are really just a microcosm of a much bigger picture. Until each of us does our own work around our relationship to power and privilege, and heal our stuff around belonging, we’re going to keep reproducing these dynamics within queer community.

S: Describe the most common factors that can influence stress, such as depression and anxiety, during a person’s journey of coming out.

B: So much! We live in a society that fundamentally undervalues the bodies and lives of most queer and trans* folks. And if our lives are honored, it is because the ways that we love and find family look enough like what is accepted more broadly. This is called heteronormativity and it is the expectation that there are two distinct and complementary genders – man and woman –  where the only acceptable sexual or marital relations are between these groups. Some LGBTQ+ folks and relationships can adapt to this model and become what is called homonormative. Others don’t fit in so neatly.

Regardless, heteronormativity often gets internalized by many LGBTQ+ people as the only acceptable way to have love or community in their lives. I think this is the hardest part of coming out.

Every day, LGBTQ+ folks are given the message that who we are is wrong. This comes out in big and small ways within our society, but adds up over time. On a more personal or individual basis, I think folks must deal with their own internalized homophobia and shame, with the risk of losing community and connections to family. For many folks, especially trans* women of color, there is also a very real safety risk.

As of October, 22 trans* women had been murdered in 2015 in the United States.

This highlights the very real safety concerns faced by our community.

S: As a yoga instructor, how do you relate masculine and feminine energy and the soul into guiding someone who is coming out?

B: Well, very simply the word yoga means to yoke, union or to join. I tend to believe that what we are finding union with or what we are yoking ourselves to is our connection with a self that is timeless, and beyond suffering. In other words, we are joining with the infinite and with the idea that we are all very intimately connected. This is what the eight limbs of yoga prepare us for. So, yoga prepares us for wholeness and for knowing our true nature. In other words, yoga helps us to break down our notions of a self beyond masculinity, femininity, sexuality, etc. It is useful to know there is something bigger than ourselves, especially when we are suffering.

5 Pieces of Advice Someone Should Know When Coming Out

1. You don’t ever have to come out if you don’t want to, to anyone.

Coming out is a complex choice that becomes even more complicated when gender, race and class are taken into account. For some folks, it is a matter of safety or economic livelihood to not come out.

2. To have someone come out to you is a gift and an honor.

3. You get to define for yourself what it means for you to be gay, queer, lesbian, bi, etc.

You don’t have to embody a definition of queerness that someone else tells you is right. The more you come to understand what sexuality or gender means for you, independent of anyone else, the more you’ll be able to live the life you want.

Just because you come out as gay or queer or bi, etc. doesn’t mean that you are attached to that identity for the rest of your life. Sexual orientation, gender identity, and gender expression are fluid and will probably change throughout your life. This is okay. There is so much in our society that wants us to fit neatly into categories. You don’t have to, ever. Be as complex as your life is asking you to be. Make room for more contradiction.

5. Develop a plan about how you are going to take care of yourself.

Who is on your team and can support you? Sometimes seemingly small things like sitting down with a friend to watch silly YouTube videos can make all the difference. Remember that sometimes it’s okay to spend a whole day in bed watching Netflix. Self-care and support look like a lot of different things. If you’re feeling like you need some extra guidance or support there’s no shame in reaching out to a therapist or counselor to get more help.

S: Why did you decide to become an LGBTQ+ therapist?

B: I’m not sure if I decided to become an LGBTQ+ therapist. I didn’t decide to be queer and I suppose I just really enjoy working within my own beloved community. I primarily see folks of all genders and sexualities for issues related to trauma, body image, and disordered eating. I do this from a somatic, feminist and social justice orientation. The reason why I continue to do this work is because I believe that therapy can be profoundly transformational. Good therapy happens when folks gain more access to their choice and agency, and can live lives according to their values. I want everyone to have access to their subjective power in this way, but it’s particularly important for members of marginalized groups, such as LGBTQ+ folks who have historically not had access to this type of agency. Good therapy opens up space for liberation. It opens up space for wholeness. That’s why I’m a therapist.

S: If you could change one thing to make the world inclusive toward the LGBTQ+ community, what would you change?

B: In general, we need a model beyond inclusion. I do not want to just be included or tolerated. Furthermore, a model of inclusion makes the assumption that whatever one is being included into is worth preserving or is somehow valuable. What I want for myself, for those I care about, for my communities and for those I work with professionally is to have full access to our safety, dignity and belonging. We live in a very life-denying culture that is extremely toxic to most, if not all of the beings on this planet, and puts these basic needs at odds with one another. LGBTQ+ and folks who occupy similar positionalities in relation to power are particularly affected. In short, I don’t think there’s one thing to change. I think that if more of us, especially those that do have more access to power and privilege were more in touch with our emotional and bodily selves, that many of the atrocities that occur daily wouldn’t be able to go on.

B: To harm another, someone has to be very disconnected from themselves, in one way or another. Our culture thrives on deadening ourselves to the world around us in order to survive. We are conditioned very early on that our aliveness is too much, and we deaden ourselves. Choosing to feel, although simple, is a pretty radical act.

trans*
An umbrella term to include folks who identify as transgender, transsexual, and other identities where a person does not identify with the gender they were assigned at birth. It is a placeholder for suffixes of trans, that is, trans_____. The asterisk (*) is standing in for *gender, *sexual, *feminine, *masculine, *folks, *person, *guy, *girl, *woman, and *man.

It is also inclusive of identities that do not start with the prefix “trans,” but can be understood as under the trans* umbrella. These identities include, but are not limited to, genderqueer, bigender, third gender, genderf*ck, gender fluid, genderless, MtF, FtM, Two Spirit, non-binary, androgynous, and masculine of center (MOC). While all of these identities are distinct from one other, each can be understood as under the trans* umbrella because the folks who identify with them do not identify as the gender they were assigned at birth and/or are “queering” (deviating from norms; blurring) gender expectations and assumptions.

A note on usage: the identities above are all self-identifying terms. It is not for you to say then, “Well, I read a blog post that said genderqueer people are trans*, so if you identify as genderqueer you are trans*, whether you think so or not.”

This article was originally published on February 13, 2016 in our print “The Strange is Beautiful Alternative Self-Help Guide.”

Shannen Roberts is the Peruvian-American, founding editor-in-chief of The Strange is Beautiful, musician and yogi.
Learn more about her here.