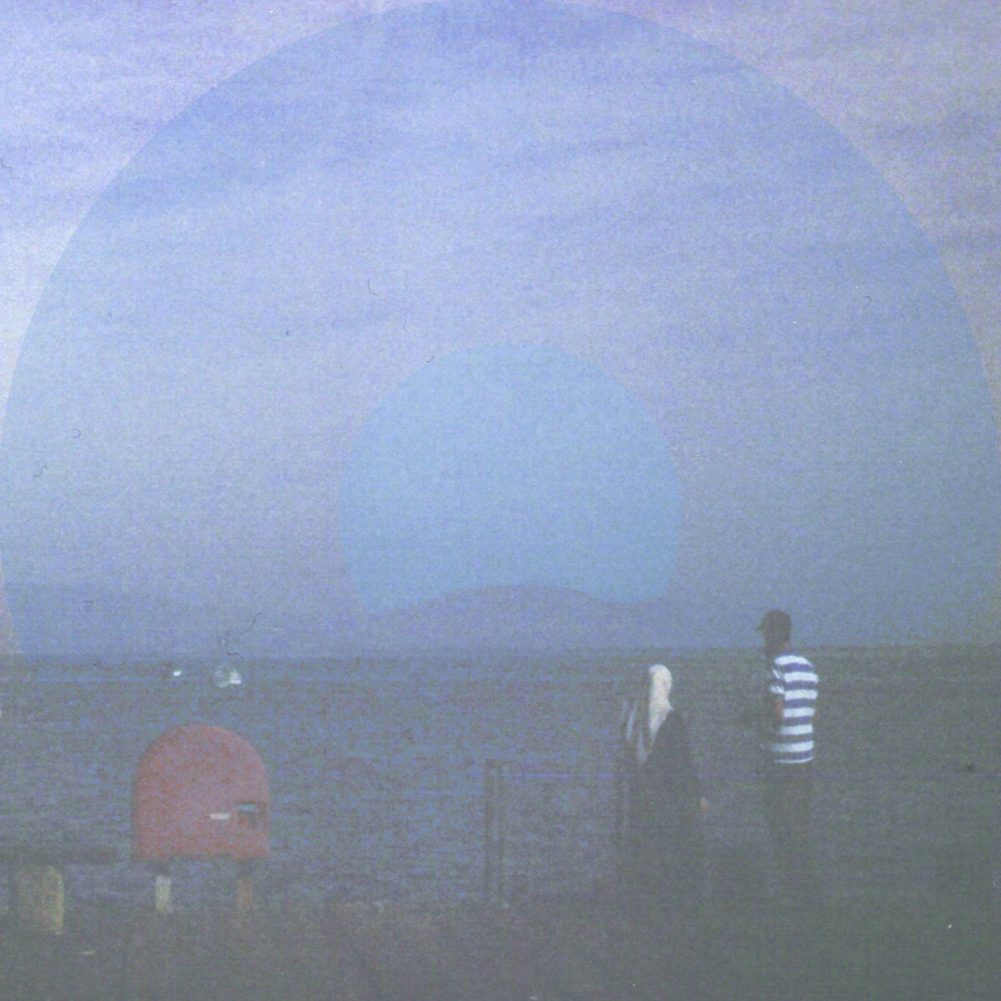 “Come to the Party” off of Bears and You’s “Yearbook” album is perfect for all of you social anxiety cuties and for when you can’t sleep ’cause you’re thinking about your taken-crush whom you wish could be with you. This electronic, ambient, dreamy song is about not fitting in with college’s party culture and feeling super self-conscious about it. 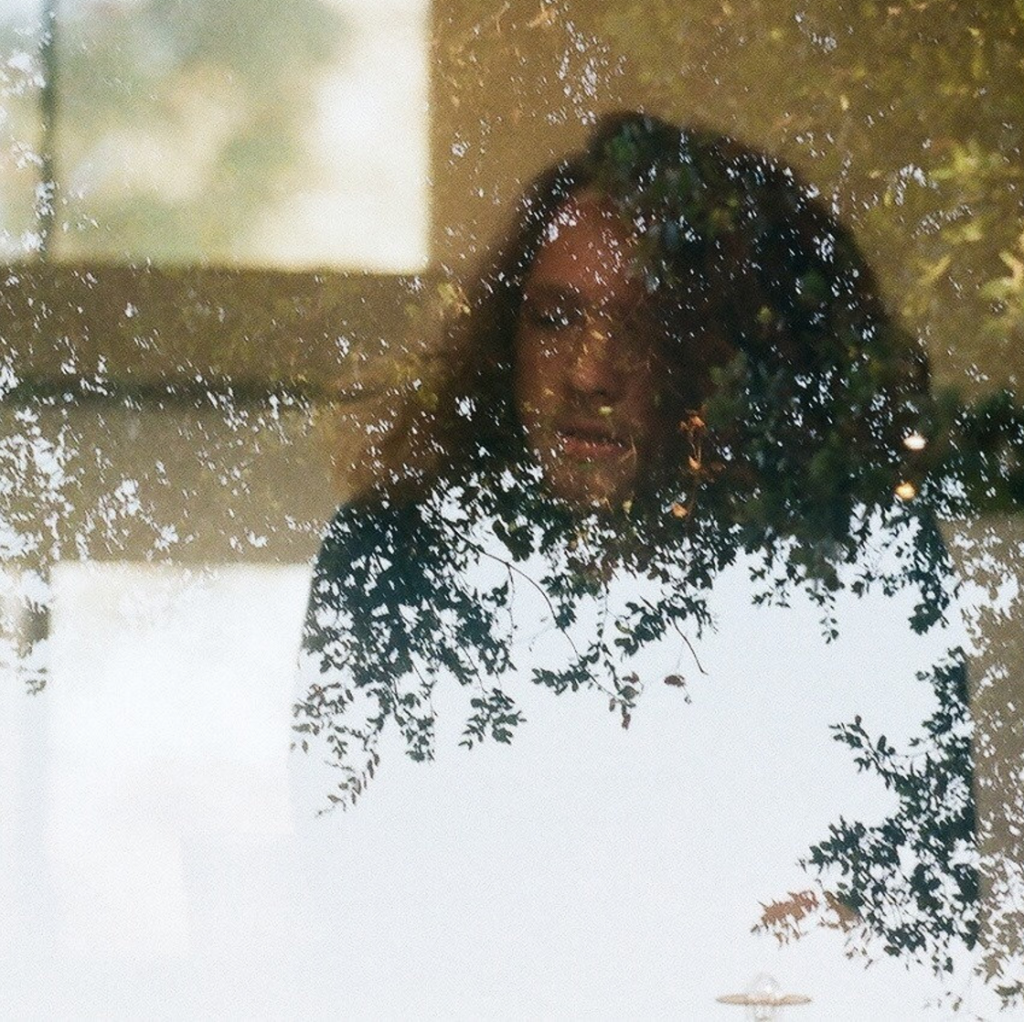 Bears and You consists of Nick Bottomley who released Yearbook upon graduation from college (congrats !!). Nick said, “I wrote the song about a kind of imaginary ideal life, where all the things I was worrying about at the time worked out, where I was in a cool band and people wanted to hang out with me after a show.”

Why did you write “Come to the Party” and what is it about? 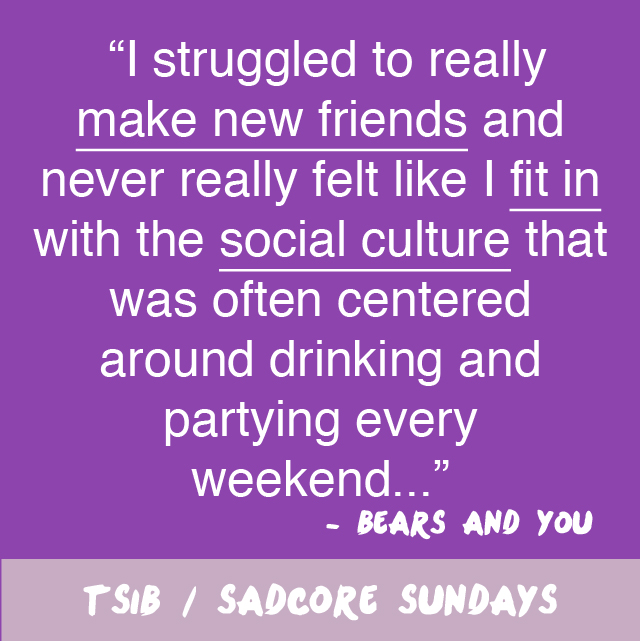 I wrote “Come to the Party” at a time when I was feeling really out of place and self-conscious in college. I struggled to really make new friends and never really felt like I fit in with the social culture that was often centered around drinking and partying every weekend, which was intimidating to me as someone who had never drank or smoked in my life. And I guess on top of that I had a crush on a girl who started dating my friend, so I was all around kind of bummed out. So I wrote the song about a kind of imaginary ideal life, where all the things I was worrying about at the time worked out, where I was in a cool band and people wanted to hang out with me after a show. It was really just about wanting to find a connection with other people at a time when I felt very alone.

What do you hope people will gain from your song?

I just hope people have a good time listening to it. If I can capture someone’s ear for three minutes and give them something nice to hear, I feel like I’ve succeeded. And if people really relate to the things I’m saying in the song, it’s even better. Please talk to me. Let’s be friends.

What advice do you have for people with social anxiety for small talk at a party?

*The Strange is Beautiful does not promote drinking to feel good when you are sad, only to feel even better when you are happy. Please drink responsibly xoxox.*

Tell me about how the “sleeplessness and haziness” of your audience when you worked on your campus radio reflects the rest of the world? 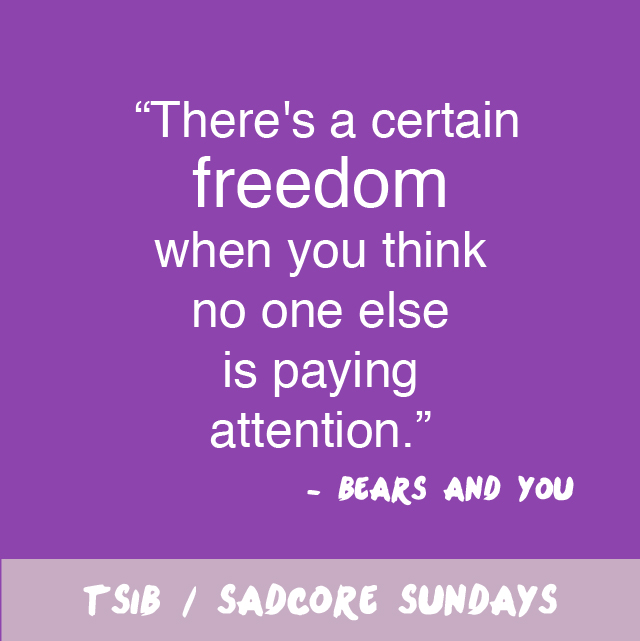 When I was working on “Yearbook,” I was imagining it as a bit of a concept album inspired by my time as a DJ at my college radio station. I always had an early morning slot, so I could get away with playing whatever I wanted, really. I remember thinking, is anyone going to care if I just put on a thirty minute noise track? Would anyone call in to complain? I really liked listening to the other shows that were on late at night, too, because that was when all the really interesting stuff happened. Every time you tuned in, you were bound to get something weird and completely new. There’s a certain freedom when you think no one else is paying attention.

It’s not easy to say how that audience reflects the rest of the world, because it was a really specific context, you know? I was just playing music I thought was cool, not really trying to make any bold artistic or political statements. But I think in general, people will tune into things that they like and tune out of things they don’t.

Tell me more about the “strange, lonely connection” you felt from early morning radio and how it made you question who you are. 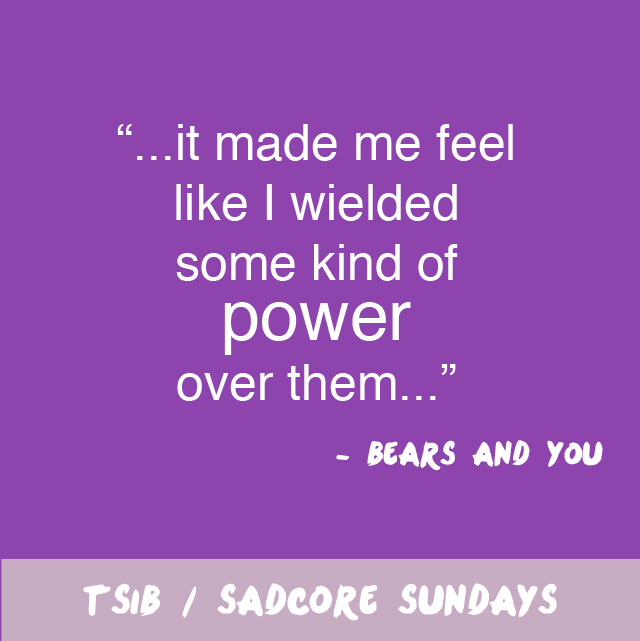 I was fascinated by the fact that there were people listening to me talk and play music over the radio, but I had no idea who they were or where they were. That one-way connection was really interesting and kind of uncomfortable because it made me feel like I wielded some kind of power over them; I could talk but they couldn’t respond. It really made me consider the importance of respect for your audience. If they’re going to give their attention to you, you better do your best to give them something good.

Who are your musical inspirations?

This is a hard and sometimes embarrassing question to answer. I started learning guitar because I loved Foo Fighters and My Chemical Romance when I was growing up. (Embarrassing part: over.) Later on, I discovered an artist called The Sight Below who made beautiful, simple, and infectious music that inspired me to start recording my own music. He makes these really beautiful, ambient, electronic textures and it’s like the most chilled out dance music ever. Textural elements play a big part in my music, too, so bands like Tycho, My Bloody Valentine, Mogwai and Boards of Canada have been constant touchstones as inspiration in figuring out my own sounds.

What are you working on next? 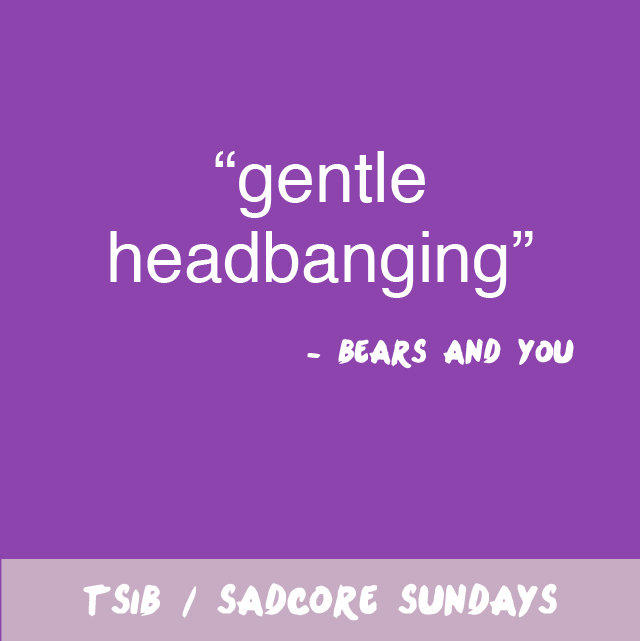 I’ve got a project called Mere Devices in the works with a friend of mine that we’re recording songs for right now. We recently tracked drums with the drummer for Madus, Sam Sobo, who’s a great guy. And a great drummer. The songs are a bit more aggressive than my other music has been. They’re not gonna start a mosh pit, but they might incite gentle headbanging. 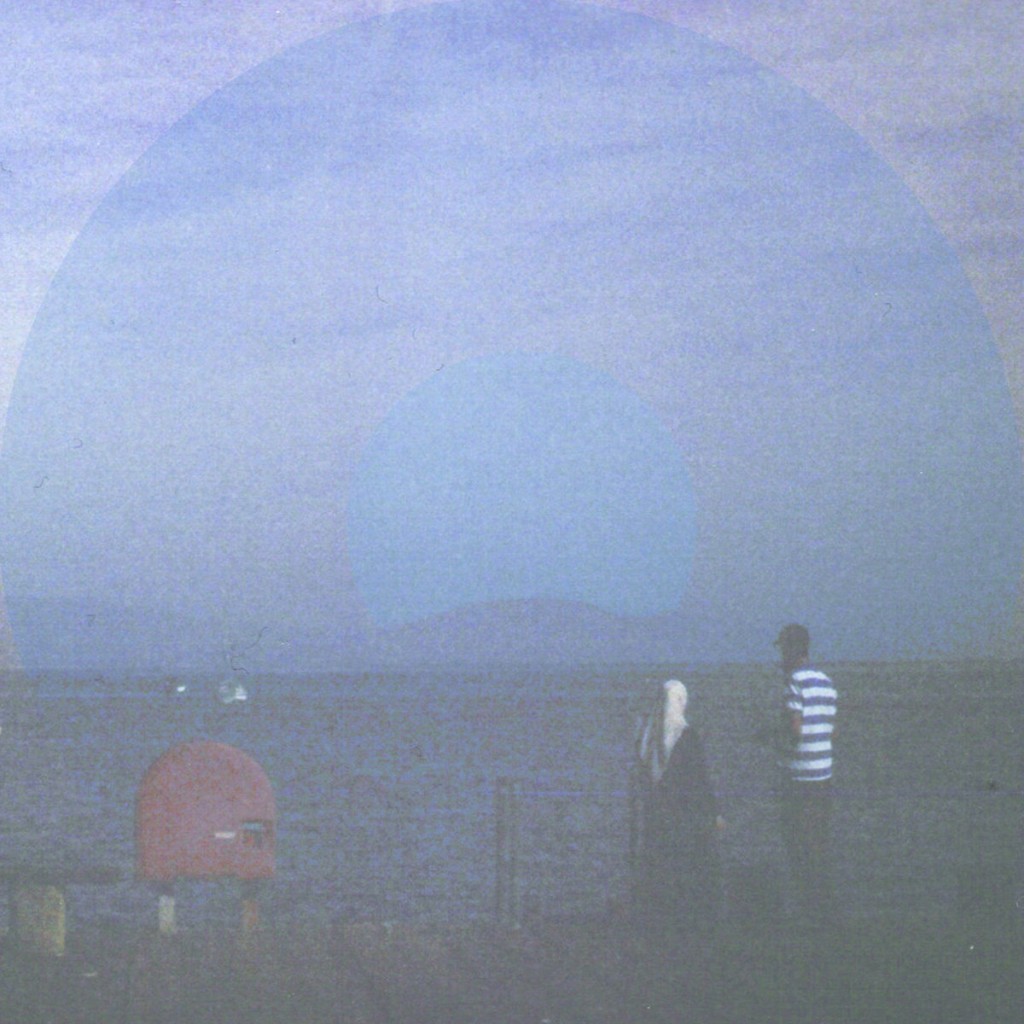 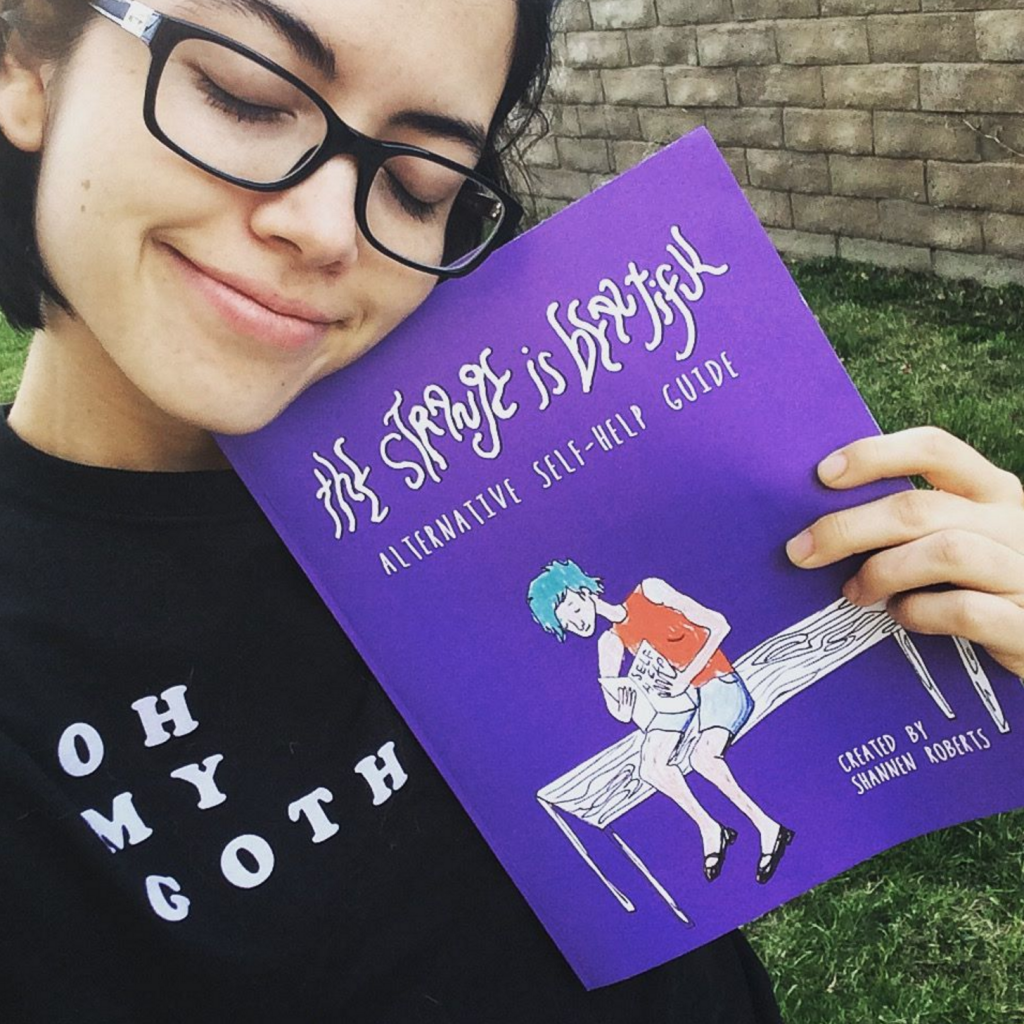 “Come to the Party” by Bears and You use of ambient, dreamy instrumentation gives me relatable sad, can’t-sleep-before-bed-because-I-am-thinking-so-much feels lol.

The music enhances the lyrics that I interpret as being shy to ask someone out and the dynamic of meeting new love in an extremely vulnerable moment: at your own music show where you hope to not be rejected.

It’s triple the amount of fear in this moment: will the audience reject my music? Will the person I like reject me? Will the person I like reject me and my music? The idea of an audience not getting the artist is terrifying because it can feel like the audience does not get themselves as a person. Artists share their stories of themselves and their experiences through their songs, so when songs are rejected, their stories are rejected.

It’s also HUGELY relatable to me because I have major social anxiety so the idea of going to a party or a show with a ton of people sounds TERRIFYING but it is always less terrifying when someone goes with me. Because I battle with social anxiety, it can feel like at times it’s hard to make friends, so I can relate to the “do you mind if i tag along” lyric because I’ve said that a ton and felt so nervous saying it, every time fearing REJECTION. I chose this song because I’ve felt this deep rooted feeling of fear of rejection many, many times.

That’s Google’s definition. We’re defining “sadcore” as anything you listen to when you’re sad. Sadcore Sundays are meant for you to indulge in your sad feels for a moment, but then let go and move on. Send in your favorite sadcore songs to strangeisbeauty@gmail.com